Findings of arrowheads show that the Stone Age man hunted in this area 9000 years ago. It is maybe 3000 - 4000 years since they first put the primitive plow into the earth. The oldest farmhouse, of which remains are found here, is dated to the younger Bronze Age, 700 - 600 years BC. Since that time, there has been active farming on this fertile plain, all through the younger Bronze Age, the Iron Age, the Viking Age, the Middle Ages up to our time. 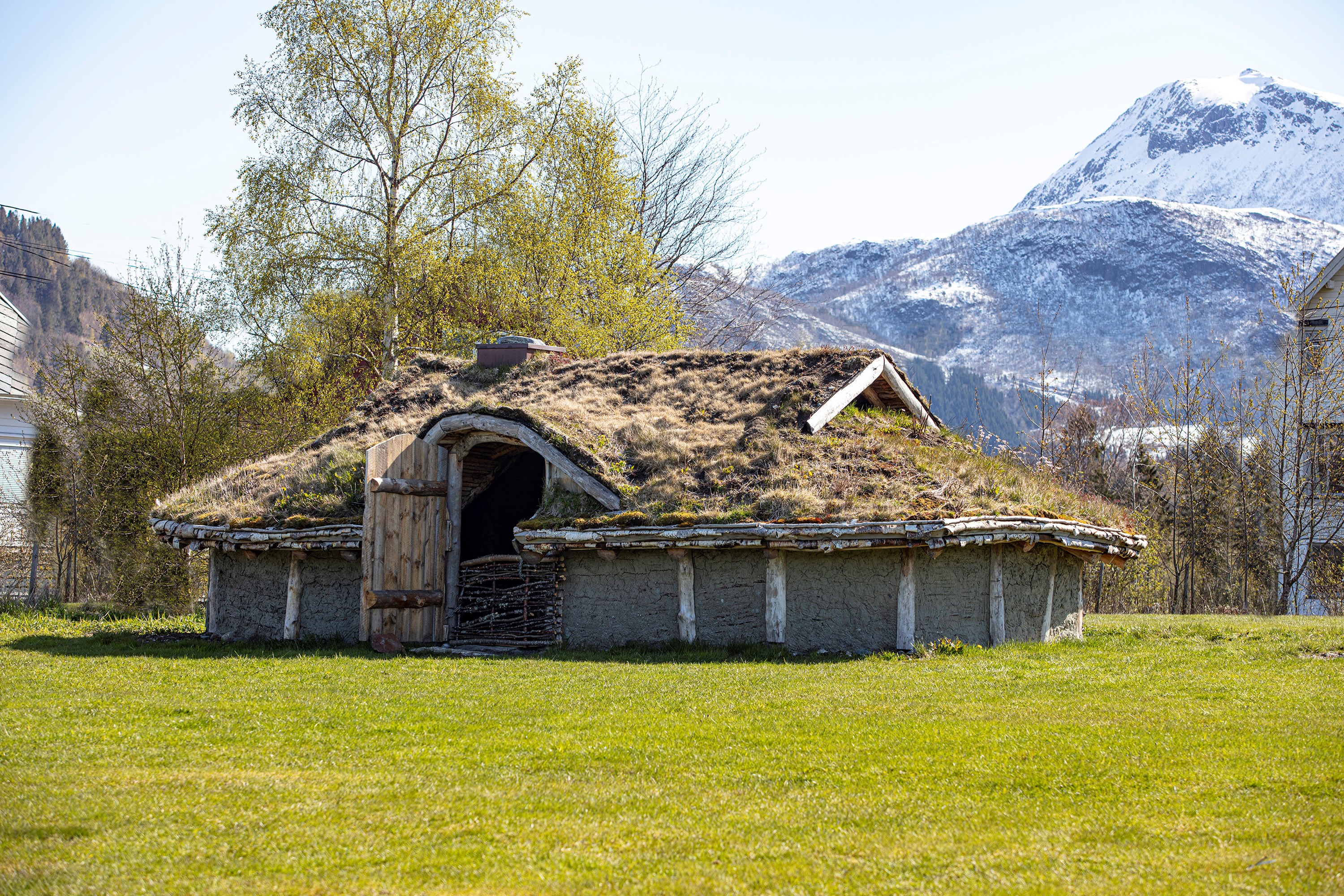 The Friends of the Aura-Paal organization wants to build in a prehistoric park to remind modern man of the long history we are a part of. One goal is to raise the mighty guild hall of more than 550 square meters from 500 - 750 AD - a century or two earlier than the Viking Age. You see the tufts are marked on the area down towards the church.

Something to remember: For a Viking, the Bronze Age was equal far away in history as the Viking Age is for us now. The house you are standing in front of now is an attempt to recreate one of the four houses from the younger Bronze Age. With great effort, a group of voluntary craftsmen and helpers have built the house as one thinks it looked 2500 years ago.

The Bronze Age people grew grain and had cattle, sheep and horses. They had learned to make bronze and cast objects from it and they developed the art of weaving. The women used wide skirts, used necklaces with intricate patterns and fine nets to keep their hairstyle. Men seem to have been clean shaved and they dressed in robes and wide coats.

Bronze Age people worship the life-giving sun as a deity. The rock carvings show the sun symbol, but also long slender ships, horses, fish and oxen. There were little weapons in the tombs, which may indicate that this community was more peaceful and tolerant than those which came later. The archaeologists have found more richly equipped women's tombs than man's tombs from the Bronze Age. This has led some researchers to believe that women during this period had great power and prestige and perhaps were leaders in society.